Can you escape?
Submitted by BritSlav Games (@BritSlav) — 47 days, 23 hours before the deadline
Add to collection 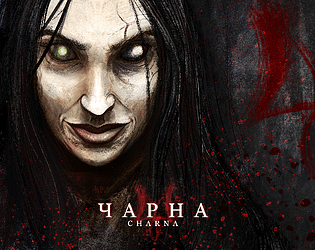 This game is so pretty and looks so interesting.
I feel like the point of early folklore was to convince people that death would be worse than shitty peasant lives.

The mouse sensitivity is very high and there isn't an adjustment setting. I conveniently have a sensitivity button on my mouse.

I think the game would benefit from a quicksave function. It looks fantastic. But the price for the look is a lot of empty space. The sprint button helps but there is a mechanics-clash between sonic blasting through landscapes and being careful to avoid predators and ambushes in a majestic land.

The information doled out by the stones could do more to inform theworld.
an early stone said something like "navi are young or unbaptized."
Then another stone said "Navi are called unchristened because they are unbaptized."
Are there not a lot of navi facts?

I didn't realize from the description that there would be combat in this game.
Running into a group of four enemies right away is quite the spike when they can kill the player in two hits. The combat feels very gamey. I'm glad that there is quite the range on the player melee and you can agro one enemy at a time, so I could cheese it. But I don't think it adds to the atmosphere.

I hate lore. The beauty to this kind of game is that it transforms lore into drama that the player can play through and feel. It looks and sounds fantastic but the mechanics and the lore tweets don't really fit.

Incredible atmosphere and world-building, love the use of color and scale. Only critique would be that some of the models could benefit from either having less polygons, or be shaded smooth.