When a tribute is denied, a due must be paid
Submitted by Game Kombinat (@gamekombinat), leafthief (@leafthief), GiulianoCau (@giuliano_cau) — 8 days, 41 seconds before the deadline
Add to collection 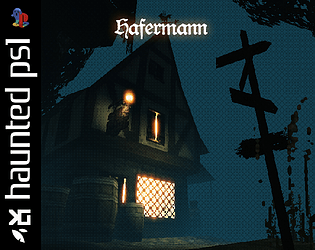 What is Luna1 year ago

it feels so polished, love the ending too, good stuff

Great design and graphics, did get a bit lost though. Unfortunately my little brother is just going to have to make it home himself.

I adored this. The style is wonderful, the atmosphere is tense and oppressive, writing is fantastic, the world itself is ominous and overwhelming, and the entire game is just visual treat. Y'all hit the tone/theming just right, and even just little stylistic choices like text box / font / sound design, etc, all felt super juicy for a jam game and gave me really nostalgic PSX vibes. Really phenomenal and consistent throughout.

That being said, I did find it very hard to initially orient myself in the world - it wasn't clear for a long while what the game logic was / what I was trying to get done, despite it being quite simple - so there was a lot of aimless wandering. This was made a little more frustrating because I found the items fairly difficult to find/see in the dark, and the pathing of the world was a little confusing sometimes. For example, even after visiting the alter multiple times, I still could never just find the entrance, but sort of had to mash myself against the invisible walls till I found it.

To be honest though, all of that sort of adds to the overall PSX flavor. Games did tend to feel that way, so in my opinion, whether you wanted to sign post things a lil more clearly based on that or not is understandable eitherway. I included my playthrough in case it's helpful - there were some additional collider issues but nothing game breaking. Again, amazing work, a jam favorite for sure!

Submitted
Whisper Beyond The Hollow
LikeReply
Game KombinatDeveloper1 year ago(+1)

Thank you for taking the time and writing up such detailed feedback!

It’s really a shame that we failed to communicate that the Irrlicht will actually lead you to where you need to go at all times. Additionally to blinding the Hafermann.

You could play it without even paying attention where you go as long as you follow the little blue light. That was the reason there was not much sign-posting going on to give a general orientation. Welp :D

Oh, I must have missed that completely! And I even went through the intro section twice. That actually makes me want to play it again just to see how it works ^^ In the very least that makes it a lot easier to fix if others also tend to not realize that's what's happening, or it could have just been me honestly. Either way awesome work on the game, really loved it, super keen to go through some of your other projects since I enjoyed this one so much :)

Oh this one is outstanding! Really love the colour palette and sound design. Character designs are also amazing. Did you do concept sketches before or go straight to modelling? If so I'd love to see them!

Thank you! Glad you like it. @liefthief drew concepts before they went and started creating the characters. You could ask them if they want to show the concept drawings.

For the environment there was a mood board.

I can't message them on twitter, but thanks anyway. I just like to see behind the curtain and how awesome work gets made. Great job! 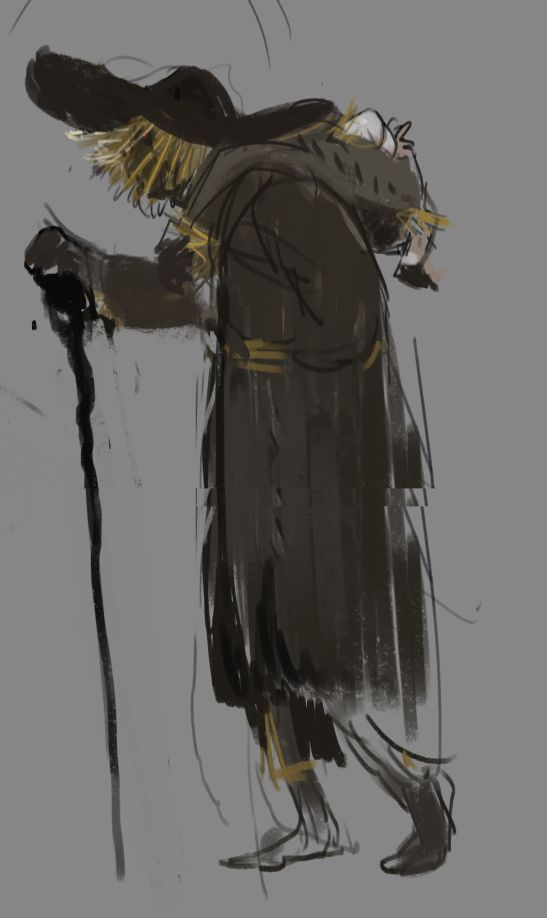 Hey, thanks for the kind words. Here's a rough of sketch of the Hafermann I did before going into modeling.

Woah, some creepy scarecrow vibes there and the kids in the sack say everything that needs to be said... Awesome work and thanks for sharing!

Great sound and atmosphere,   Really enjoyed this but could not for the life of me find the shrine and kept running around aimlessly until i died. Also it would be handy to have the option to skip the intro.

Agreed, skipping the intro was on my list of things to do but it didn’t make it into the build in time. We might deliver a patch with some convenience fixes.

On the shrine: If you follow the wisp in the lamp it will show you where you need to go :)