Can a broken soul find redemption in the afterlife?
Submitted by Quadratic Games, Partly Atomic (@partlyatomic), BigAlek — 4 hours, 40 minutes before the deadline
Add to collection 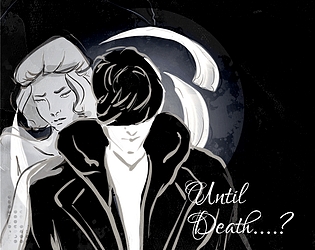 Did you learn anything new during the jam?
Alek: How to make a side scroller, Landon: How to make a platformer, Joe: How to tell a story, Josie: How to upload files to SourceContent

Aren't you awesome for creating a game?

Lovely game, the art and props really polished. I am impressed with all the work you guys managed to do under a week. I wasn’t sure what I was supposed to do with the abilities. 90% of the time I was high jumping (floating?) over the map which made it easier and I felt like I was cheating a bit but that’s about it. Great storyline and I am curious with else you will deliver for other game jams!

Thank you, appreciate the review.
Unfortunately we didnt had the time to use all the mechanics and make the levels accordingly for the powers :(

That’s okay! It was a very nice game anyway! :D

What can i say that haven't been said yet ?

Some small issues as mentioned before too but nothing abnormal for a gamejam.

overall a top quality game that impressed me a lot!

Thank you so much for taking the time to play our game Roidz!

This was lovely - I think the ambience and setting had some great harmony. On stream I gave some feedback about the spline navigation sometimes making it hard to predict where the next platform was - yet having the spline made it feel really immersive as if you were winding through different paths, despite not having to use more than a or d to navigate. Music and voice acting added a huge amount of mood / atmosphere <3

Thank you for playing and hosting such an honest jam :)

Thank you for your honest review good sir, and nice stream very relaxing :)

I am no fan of platformers so I was very relieved that it was forgiving (miss a jump be put back to the point of the jump rather than some save spot further back). I did hit a but though. After the first purple “boost” platform thing I missed the jump. When I came back I was on the platform below the wooden walkway and couldn’t find a say out.

Does the respawn set to the last solid platform the player touched? If so I guess what happened was I touched it while falling. If that’s the case then you need to mark some platforms as invalid start points. If that’s not the case then maybe I was being dumb. Either way, I couldn’t get off that ledge.

I also found the boost buttons to be inconvenient (I don’t have a number pad), perhaps have them on the right hand? Better yet, configurable (but it’s only a game jam game so maybe not).

The art style is great and I liked the merging of a 2D platformer with 3D camera angles. In a full game I imagine there would be longer periods between the camera angle changes, in this short compressed version it was too frequent, but I do love the approach.

Thank you for the review! You are correct that we've learned it is possible to respawn in places that will cause you to fall again :\ Also agree about the location of the boost buttons. The game handles, I believe, much better on a gamepad.

Your game has great atmosphere. I have no idea what is this a tribute to and I hate platformers. Has nothiing to do with the quality of your game, which is very high.

Thank you so much for playing! The concept of tribute can be interpreted in a couple of different ways. By the way, none of us on the development team are platformer fans :) but we wanted to use the jam to challenge ourselves in areas outside of our normal interest and expertise. Thanks again!

The wrapping 2D side scrolling elements brought great fun in our story platformer. Graphics and story married together.

Can I tell you what it is about? Nope! Mostly for spoilers, and also because I played it late.

Thank you for the review! Glad you enjoyed it. We tried hard to marry all of the elements together in a cohesive manner. Thanks again!