The ruler of hell has been slapped. Run.
Submitted by Lentsius (@lentsius_bark) — 3 minutes, 21 seconds before the deadline
Add to collection 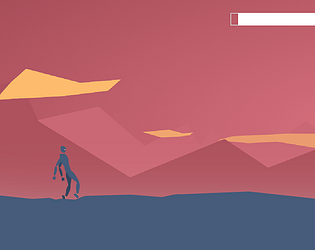 Hi there - thanks for your submission! Could you please send us your email address so that we may send through our feedback? Thanks, The Homa Games Team

Aweosme, sent you a PM on discord.

Hey, I just downloaded your latest build but the game crashes every time after the "tap anywhere" screen  =/

I am sorry to hear! I can only hope that it will work on some devices as it works fine on mine. I will see if I can re-export with different flags.

Thanks for submitting. We're really excited to try your game, however we're experiencing some trouble opening the file on Mac!

How are you going with the Android build? Is there any chance you'd be able to send an .apk to us this weekend so we can judge it properly in time?

Awesome that you reached out and we just exported it successfully. Here's a link:

Let me know if there's anything else.

Thanks for sending that through -- unfortunately our game developer is having trouble playing the game on Android. It keeps bugging and crashing, and we can't seem to get past the main menu screen.

Could you please have a look at what the issue is and sending through the .apk file with the bug fixed?

Thanks, The Homa Games Team

First off, WHEW! The first android game we've ever tried our hands on! The entire process felt like black magic at first and later we realized it was exactly that, unpredictable mechanism that exports in wicked ways. Having said that, this jam has allowed us to really explore the platforms and the way our Engine of choice works with it.

As stated on the game's page, the game actually has great music and sound effects(by Irmoz), which have been exporting just fine till...now. Same goes for the android builds we've been testing the past week.

If possible and allowed we will push a version with music, sound effects and an android build ASAP!

Sorry for the inconvenience and thank you.