You can build your own village while fishing!
Submitted by Cannibal Goose (@cannibalgoose) — 17 hours, 48 minutes before the deadline
Add to collection 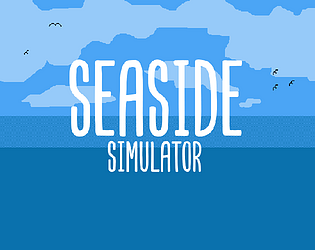 Game Description
You can build your own village while fish in the sea!

Participation Level (GWJ only)
it's my second time here

Participation Level across all Jams
it's my 5th jam

Nice idea! I think it's definitely a good start for what could be a pretty fun game. I especially like your art - the game looks great. I think if you made more options for fisherman and gave more statistics to weigh (maybe weather, wind, type of fish) the game could be a little more engaging. But I see the potential and again, it really looked good!

Oh, thank you! I made this game in 7 days, only with the time I had, not much for a married guy. But I had lots of funs doing it. And yes, the game can go on with hot and needed updates. Thanks for the feedback.

Very cool idea! I love the sea. The music is very good and the artstyle is in the point.

I guess this could be considered an  end since there is nothing more left to do? 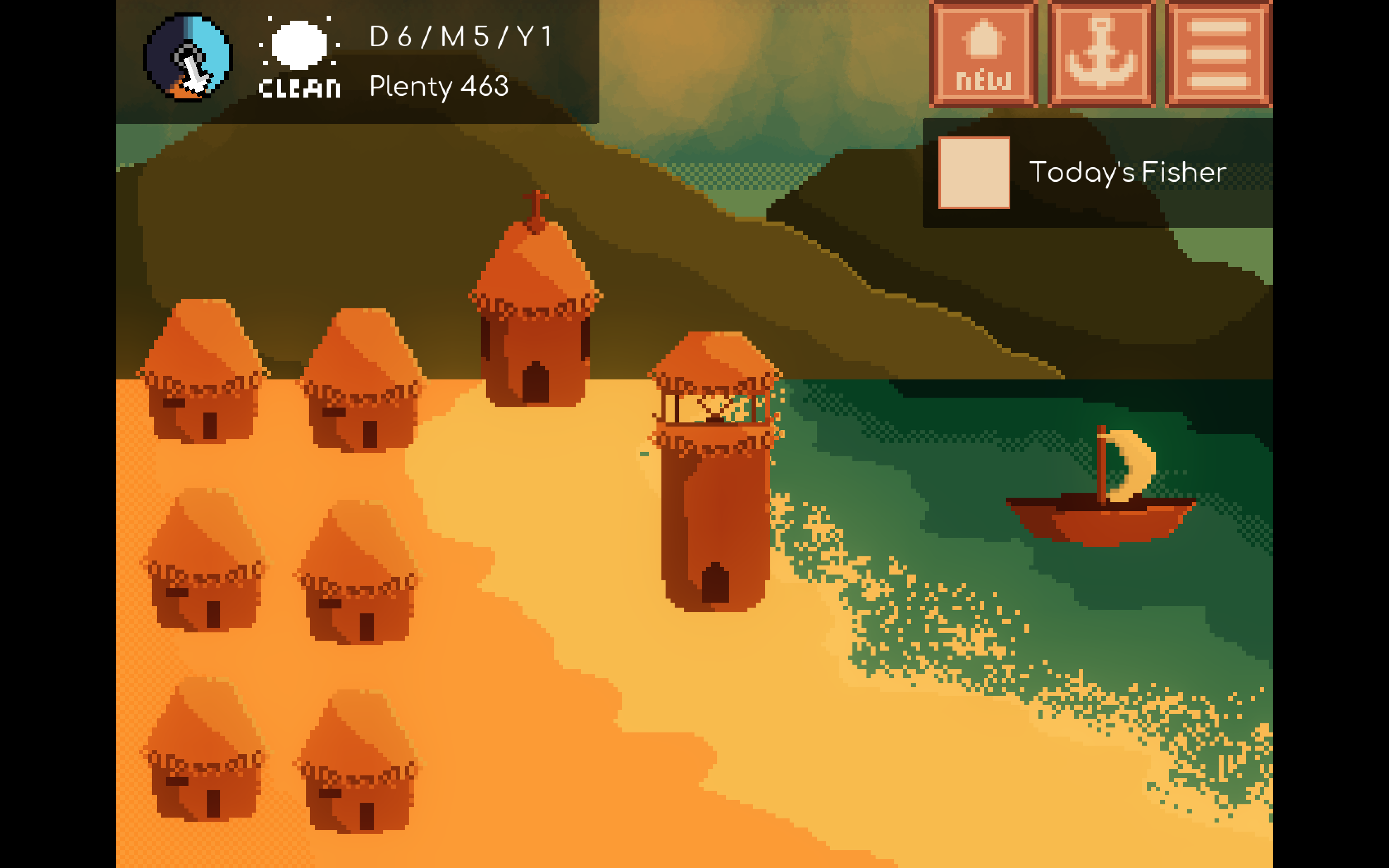 Sorry but the game was just too boring. Don't get me wrong, it was really well made and everything but the gameplay just wasn't very engaging. I mean, few clicks and then wait for 10 seconds. Rinse and repeat. And the start of the game was such a huge grind that you could easily go for a month and hover around the same bank of plenty as you started with. It was also way too easy to screw oneself right in the beginning because you could buy a house right then and there. And after losing having to watch that slow start intro was annoying as hell.

By he way, GWJ rules state quite clearly the following:

This is an exclusive jam which means that entries made to both this jam and others will be removed unless otherwise allowed by the organizers.

As I already mentioned, everything was executed very well. Like the only annoyances while going through that almost half a year slog were the existence of two different fisher menus. Those could be combined to just one. It was not great early on having to go check the other menu again since you didn't quite remember their specialities. And the other annoyance was the delay between arrow clicks on the fisher selection. I know it's super minor but it was pretty much the only interactivity in the whole game.

Was not a fan at all of the spoon fed intro tutorial which didn't even explain everything necessary. Would have been miles better if feeding the information drip by drip without front loading the player with information about things they haven't seen or experienced yet. And stuff like fisher stats were left completely unexplained and were not too obvious on what they did. And I'm kinda sceptical even if they did anything. 😅And the so called end goal of the game being yet another stat booster (and that being the most obscure stat of em all) was kinda pointless.

So yeah, the gameplay would need some tweaking. Few options on different directions really. One would be to make the fishing trips somehow interactive too. So there wouldn't be such a huge downtime of just waiting staring at the empty village. The second option would be to have something else to do in town while the ship was at its trip. Currently you even locked out of even the buying menu for some duration to make the wait even more painful. And the final option would be to go the full blown idle game route. So you could like micro manage and configure your setup and then just let it play by itself. Of course it would need quite a lot more to make it interesting but that's one direction the game could go.

Thanks for the review, mate.

Sound design was well-done and everything seemed to mesh nicely.

Thank you, Mr Bundles. I appreciate your feedback.

I really liked the ambience here. I was kind of confused when I played the first time and lost pretty quickly.  However in my second attempt I think I figured out that I just need to keep people fishing non-stop.

I wasn't quite able to figure out exactly how all the stats affected my results. I never used Gloria and mainly used Mark at night and Tereza when it rained and was able to grind enough money to eventually unlock all of the items.

I noticed that when I built the 6th house, the houses were no longer available in the menu, however after building the church and lighthouse, those still remained in the menu.

Overall I enjoyed playing and was able to get over 1000 Plenty. Nice entry

Thanks for the feedback. Yes, the maximum number of houses in the game is 6. You have reached the limit of the game, with all buildings and all characters. The player decides which characters he will use the most, based on skill and attributes (even if he is not sure how the calculations work). For example, in my opinion Gloria has the best skill in the game, perhaps just next to Mizuki (at night). Gloria always manages to change the weather, and if you use her at the best times (you have to find out with trial and error), she becomes a climate control machine. Congratulations on reaching the limit of the game, it was the most I managed to do with the time I had. Thanks for playing.

Submitted
Paint to the Past
LikeReply
Cannibal GooseDeveloper122 days ago

Nice, you have a language selector! Top sound design, loved the weather system, cute art, it would have been great to buy more boats and send all the fisher at the same time or have a faster economy, It hard to make plenty with the fishers cost :/, anyways super relaxing game I like it!

Edit: Well I discovered I can boost my economy by being very careful with which fisherman I send but anyways it still hard to sync it with the weather, now I get why you wouldn't send them all together

Thanks, Corvato. I really appreciate your points. I was worried about the plenty going up to fast that maybe I have put the things going to slow, actually. Thanks for the good feedback.