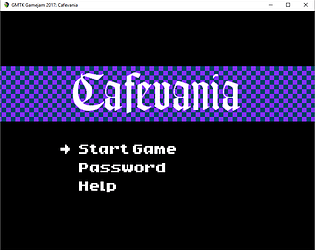 How does your submission match the theme?
I noticed that a lot of examples I thought of revolved around regaining resources, be it health, ammo or consumables of some sorts. I wanted to try and avoid that avenue, so ended up focussing on the idea of "avoiding". After an evening of prototyping, the idea of avoiding eye-contact ended up winning out. After setting up scenarios where it was impossible to navigate without meeting eyes, the feature of closing your eyes came to be. Jumping from there, explored some additional ideas where having your eyes closed could be avantageous. Inspired by the Super Mario Bros Boos' shyness, and the Weeping Angels from Dr. Who, I ended up with some systems where not being able to see progressed or aided the player in some ways, on top of the ability of navigating the map without making eye contact.

Third-party resources
The engine is ASCII's RPG Maker MV, typically designed for making topdown 2D Japanese RPGs, but I like prototyping simple things in it. Used a public RPGMaker plugin to allow for low-resolution pixel-fonts, made by "Victor Sant".
2D Assets are made by myself using the NES colour palette. Music made with Beepbox.com. Sound Effects made using LabChirp. Goudy Text font found on Fontsgeek.com.

Nice graphics and concept! I included it in my Game Maker Toolkit’s Game Jam compilation video series, if you’d like to take a look. :)

Much appreciated. Seeing you mess around immediately highlighted some clarity issues (and bugs), which just goes to show the worth of playtesting and iteration. I'm not really a developer, but I'll definitely draw my lessons from it should I ever decide to dabble in another project.

Interesting concept and great art. I feel like it's a little clunky, but it's a pretty decent execution. My biggest complaints are that it doesn't seem intuitive that you have to close your eyes for the food to be prepared. and it seems to take too long for the icons above patrons heads to pop up.

The times are randomised, but having played it a few times after submission, I probably should have made the range of that randomisation a lot more strict. Thanks for checking it out either way!

The graphics and mechanic are really nice. But it maybe needs to be a little more dynamic, run faster, or have time. It has potential. I really love to turn the ogres in stone xD But hate to lose because it :P haha.

I messed around with the speeds, but it made it even easier to turn people into stone. The engine sadly enough does not have a lot of granularity in this regard. Still, thanks for the feedback!

A game with a very good ambiance and an original and interesting concept. The 2D assets are very nice ! But I think it is still bugged : I could not give command to a client even after choosing the good colors but I can pass the rounds until the end if I select an empty table.

There are quite a few bugs in there, unfortunately. I was cutting it a bit too close to the deadline, so extensive testing and bugfixing wasn't in the cards. Still, thanks for the feedback and checking it out!