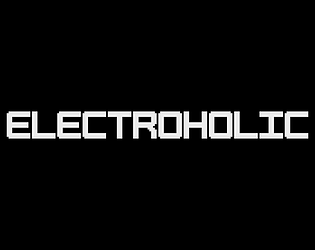 How does your game fit the theme?
The game is about a robot, who has to solve puzzles. However, it's impossible to live without a battery, which is needed to power doors and buttons.

Despite what you said about UX, this is still a fun concept! I look forward to playing the post-jam version you've been working on. The time pressure added by the battery, especially in the level where it was moving and you had limited time to work out what the levers did, was great. There is definitely a good core game here, good job! :)

Submitted
Mapping It Out
LikeReply
Tricky_Fat_CatDeveloper131 days ago(+1)

Thank you for playing. The post-jam version is almost done!

The concept is really nice. However, the fact that you’re never sure what will happen if you pull the lever or interact with the thing kinda sucks, especially given that you have a time limit.

It's a part of the game, to figure out what to do. However, there is a very smelly UX in the jam version, which we are going to improve.

Very fun game and tight controls... struggled with a 3 light door puzzle (4th or 5th level if im not mistaken)... not sure if its a bug or if im not fast enough ;-;... all in all good job guys :D

Thank you for playing. We are working on the pos-jam version of the game to deliver better experience.