Submitted by Konstipower — 52 minutes, 16 seconds before the deadline
Add to collection 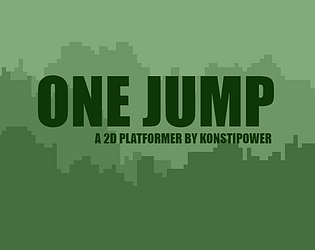 Controls are a bit finicky but otherwise a fun game with a unique take on the theme. Nice job!

I finished it in 112 times! The movement can definitely be tweaked, right now it feels way too slippery. The levels need to have more indication of where the kill box is. For example, on the seconds level, jumping on the first tile won't kill the player but jumping on the tile on the left will kill the player when they reach the sky. The concept is cool though, similar concept can be found in super meat boy or celeste. Good job on finishing the game!

Thanks for taking the time and giving feedback!

I tried to make it as hard as possible so that i dont have to make too many levels....

Next jam will be better! :D

Nice platformer with cool interpretation of the theme, but controls are kinda unforgiving. Still, nicely done!

The mechanic is interesting, but the controls are a bit too unresposive.

Fantastic concept - leads to some unique puzzles here. I think this game has a lot of potential, though the controls take some getting used to. Nice one-colour art too!

Submitted
Only One Option
LikeReply
KonstipowerDeveloper2 years ago

yes, the controls are really floaty, but i wanted this game-feel to make the game a little bit more harder.

I was really quite pleasantly surprised by this one. The main mechanic of the game is unique, functions quite well and fits the theme of the jam perfectly. It also makes you think about what platforms you should land on, so you can finish the level.  The movement is quite floaty and the game is quite short but given the 48 hours format, really good job!

thanks for your feedback!

You may know, that I had big trobbles finding a fitting game concept, so I started nearly after 16 hours have pased...

This is tough. I couldn't get past the first screen. Most of the time, I couldn't land on the second platform. It's still fun to try over and over. Spider Boy is cute.

i know, the game is hard and i am going to change it.

I think it would have been a bit easier if the first level also served as a way to play around with the controls. Does Spider Boy gain momentum?

I thought that the best way to teach the player the mechanics/controls is simply by throwing them into the first level, so that they can instantly understand the mechanics. "Learning by dying" :D

Also, i created game levels for the first time, so i thought about making them as difficult as possible, because i also had not that much time than i wanted to waste on making levels...

Spider boy gains kind of momentum when moving or jumping, or what do you exactly mean with momentum?

Does it jump farther if you're moving rather than standing still?

yes, that was the main issue i focused on.

Submitted
One Spear, One Kill
LikeReply
KonstipowerDeveloper2 years ago

AMAZING meatboy difficulty level platformer. Very solid level design too. It took me 188 attemps to beat it but it was definitely worth it. Also I think its better to disable autojumping (when you are holding up arrow) and I wish it had more levels. Good job!

Also please change game type to HTML and check this file will be played in browser checkbox on the game zip to make it browser playable. 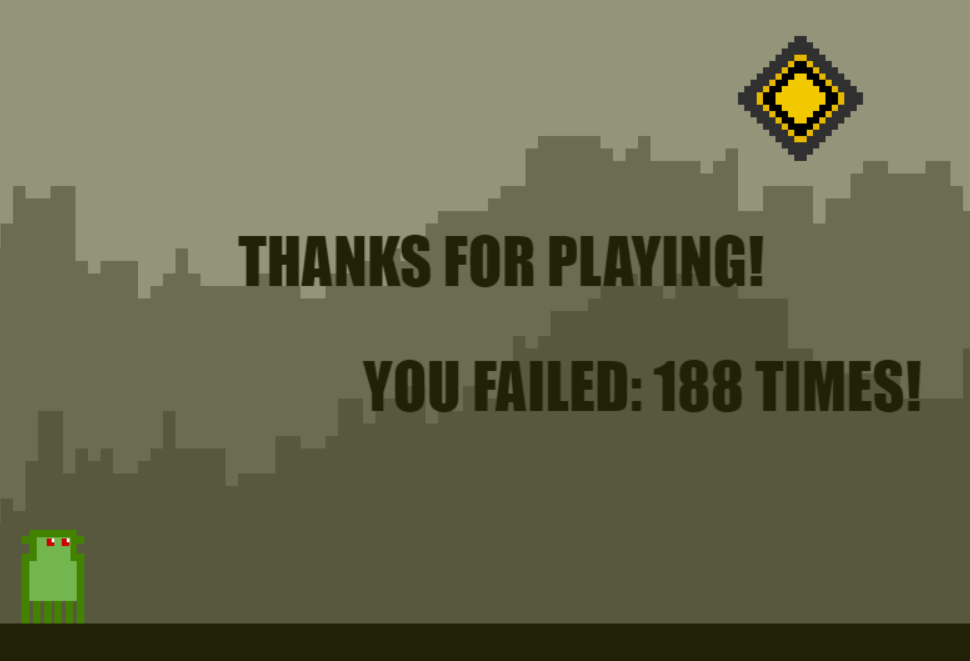 thanks for your kind words.  And wow, this might sounds crazy but you solved this "autojump" bug - because I never thought about how the jump really should work (i thought only about how it looks... ).

And WOW, thanks for playing the game THAT long! Not even I can say that i tried the game so often. :D

(Maybe you didnt noticed, that level 2 isnt that difficult than it feels like when looking carefully how the game reacts)

I only had the time for making (at least!!) 3 playable levels, because i didnt expect that level design takes so much time... (only worked around 6 hours creating the game because I wasted too much time finding a fitting game concept )

I understand the GMTK Game Jam submission rules like that:  You can have a updated version of the game on the site, as long as there is the original submission version  of the game on the site, so that its clear to identifie the game jam version. (So maybe you should know that I am new at itch.io and just started my first jam)  So I also forgot to update the downloads, because as saied, the actual download refers to the game jam version of the game (which has bad player images and still html problems i forgot to fix because of a lack of time...)

Or has the gamejam version be playable in the browser?

Yeah I know how good it feels when someone really gets pulled into your game.  I dont know the exact jam rules. But I think you can update your game to fix small bugs and issues just dont change the game in general or add more content in other cases its completely fine.

Looks like uploading is locked until voting is over.

so when the jam is over, i will upload a much better playable version of the game

i like your idea, but it was physically impossible for me to jump low enough in level 2 to even get started :( i somehow managed the first small one, always failed on the second though.