Management game about wealth and poverty
Submitted by stivens (@ssttiivveennss) — 5 hours, 18 minutes before the deadline
Add to collection 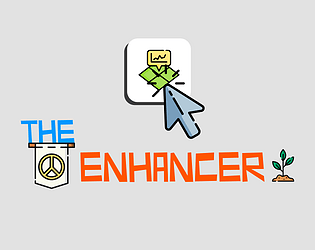 I did find the game a little confusing but the presentation was very good.

Most importantly, you used your game to highlight real world issues which I really liked. Well done.

Could use a tutorial, I clicked about randomly for a while before I figured out what my actions meant. Nice atmosphere and great audio.

An amazing puzzle that conveys a message! Brilliant!!! 5 stars!!!

I’d really like to see this get good localizations and widely distributed!

Thanks the aim was exactly this! I'm glad it's understood!

I loved the atmosphere of the game. Very smoothing.

An interesting take on the theme. Although I'm a fan of board games, which this game seemed partially inspired by, this didn't click for me. I think I had my "gamer hat" on, and found the upgraded actions unnecessary as I could spam the lower level abilities to acquire resources. Perhaps further work would allow you close off this loophole. The graphics are crisp and well laid out, and it was mostly clear what was going on, although a tutorial would have been nice. Another addition that would have helped sell me on the theme, and give me a reason to stick with the somewhat repetitive gameplay, would have been a random news generator. So instead of messages saying "Investment Successful" you'd have something like "A bill was passed today that committed the country to further investment in Universities". Could potentially be a good game to use for teaching purposes.

I really appreciate your feedback. The upgraded actions are useful if you know that at the end of the game you need to do the lowest number of actions (and for this we need the tutorial). Your suggestion about custom messages at the end of an action is really inspired me, I take it into consideration, thanks.

It was a pretty fun play, Perhaps there should be a bit more explaining about the controls (like clicking outside of the option is to cancel changes), but once I figured out how to make a production cycle to get more points, it was pretty straightforward way to victory.

Thanks for your time. I'm implementing the tutorial, because I think is necessary. I'm also thinking about a more challenging production cycle by introduce some random (but balanced) generation of costs. Thanks!

You need to invest (using the green action) and then you can produce (using the orange action).

Really cool presentation and sound work. Took me a minute to work out what to do, but then it all became clear. Mhmm!