A frenetic dash through a randomly generated neon city dreamscape.
Submitted by Tastes Like Future! Games (@TastesLikeFutur) — 4 days, 3 hours before the deadline
Add to collection 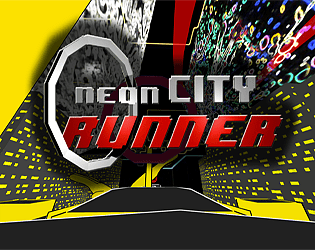 Really cool concept and that it's randomly generated, was fun to play. Though sometimes it generated a level where I couldn't fit through the starting gate bit

I really enjoyed this game:) The thing I don't like is that some objets lacks outlines that allow to detect obstacles which leads to cheap deaths.

Its actually pretty fun!! I thought I'd suck but not that much :) I had a good playing it, thank's!

Have a go at my entry if you have time

Like the style, the music, concept, but simple can't learn to handle the controls. Jumping is very floaty and there are many very small edges to get stuck on. It's also a bit too hard to see what are platforms and not. Once I got a couple of sections on the first level, but then I couldn't find where to continue. A pity, because it looks like a really sweet game.

There are some annoying collisions in there, as in some parts the ground looks flat because of the Toon Shader, but it's actually not.

Sometimes after I had jumped into the beacon I'd fall off the edge and it would still fade to black and play the death sound. That was confusing and you could only tell which it had registered when the screen faded back in.
It felt really good after collecting a few speed pickups, and the music is great and really suits.

This is a lot of fun. I really enjoy the jumping when it gets higher and the colros are really cool.

Very well made, reminds me of MineCraft style parkour, I was rubbish at that too though.

This had a dope aesthetic. I've got a Doom-lava-sky boner, and the music was fitting. I kept getting hung up on things, even some things that were invisible to me, which sucks since the few times I could go fast felt good.

Awesome work. Plays nicely and I like that it's randomly generated too. Good combination of sounds+graphics.

Can you add a download option? I'd rather not install a browser plugin.