Stay near the poles and dodge the turrets fire!
Submitted by JM Software — 1 day, 16 hours before the deadline
Add to collection 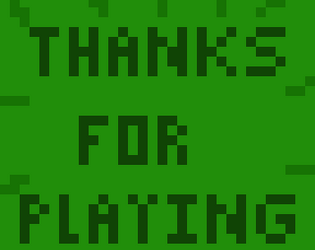 In what way does your game fit the theme?
In my game there are these poles and when you stand near them they give you invincibility buy also slowness.

Did you write all the code yourself and made all the assets from scratch?
I did everything myself as a solo developer.

Check out the non-jam version to see a Youtube devlog!

An interesting and somewhat innovative concept, though there doesn't seem to be too much of an incentive to not just stand near the poles.  Other than being slow...?  But the game seems to spawn you next to the poles almost directly by the exit on quite a few levels.  And since you are so slow trying to get out of the poles range is quite difficult.  So it's mainly better to just wait for a shot to pass so you can use the cooldown to your advantage and get to the next screen.

Some sort of incentive to force you out of the poles and maybe less of a speed debuff would probably help there.  Other than that an interesting idea, just a bit of execution is needed I think.

Thanks a lot for the feedback!  I now do realize that there are many problems with the system that I am using, and that I might update the game eventually.

Its a cool concept with some nice art and sound effects. Some simple music could be nice using Bosca Ceoil? The movement is fun though. Well Done!

I totally agree with the music.  Thanks for the input!

Nice game! Even though it was short I think it was fun to play.  It was a bit pointless though, because there is no real challenge. I would appreciate if you take a moment and give us feedback to our game.

Hi!  Thank you for your feedback.  I do realize that the game is short and kind of pointless.  I didn't have much time to do much and I couldn't find a way to get more customizability.  I will try to get to your game but I am pretty busy.  Thanks again for playing!