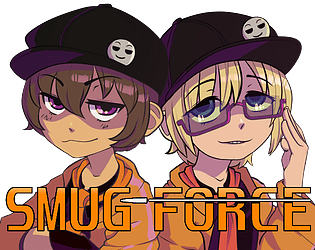 Overall really good! The sliding mechanic being central to how you take down enemies was really fun. That combined with needing to pick up enemy's weapons kept the game fast paced and discouraged me from standing in a corner and waiting things out. It all felt really natural.

I think my main problem with it so far is the lack of refinement in a few areas. The controls felt responsive enough but could use some polish, particularly the jump animation has a bit of a delay on its start up and feels very floaty compared to the rest of the movement. The difficulty could be turned up a bit as well - I played pretty sloppily but never managed to get below 75% health.

Overall these are good problems to have - the core of the game was very enjoyable and in reality that's what actually matters this early into development. Keep up the good work!

Thanks,  I was actually expecting it to be kind of hard for people, so I figured I'd turned down the amount of enemies. Knowing that people will actually play it aggressively as I imagined is good to hear.

Eventually, I'll find a decent jump animation. I know that sloped surfaces are also a bit wonky, It's been bothering me for a while.