Discover all the secrets of two completely different worlds.
Submitted by Game Dynasty — 2 days, 21 hours before the deadline
Add to collection 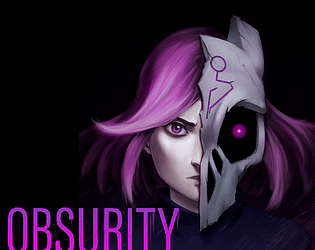 I like this a lot, glad the game is back to demo day again (and with an english translation this time!)

I think some of the bosses could be more predictable, to make it easier to avoid their attacks. I also think just spamming attacks at close range should be less effective, since it doesn't feel particularly satisfying as a way of killing bosses.

Really promising looking game, but I ran into a few issues, biggest one being that text wouldn't display on screen during cutscenes. At first I thought the controls weren't working for me for some reason because it only showed the protag's mugshot sprite and the buttons wouldn't do anything for me until I clicked a couple times and then I could move. The second cutscene made me realize what was going on.

Another thing I have to say is that while it might just be my machine, having the main character not being in the center of the screen in a game where you use the mouse to look around is really bothersome, uncomfortable but not in the right way like say a spooky game would be.

The last issue I ran into was getting caught into a corner and not being able to move out, but honestly it was the thing that bothered me least. If you get either of the first issues fixed I'll try it out again, keep working at it. Love the spritework and atmosphere.

thanks for the feedback! I'm afraid the problem is with the screen resolution. Some interface elements do not adjust to some monitors.