I'll try to make something based on Galaxy Garden by @heyshilly. I really hope I have the time, I love the idea of this jam :)

Working title is Instar and it'll be about being a hungry grub, jumping from fruity planet to fruity planet to eat 'em all up... maybe turning into a big space beetle/moth or something in the end.

I'm thinking 3D, third person, flying/gliding mechanic when jumping from delicious planet to delicious planet. Still not sure about the actual game parts, I'll probably wing it or just leave it as a "simulator" ;)

Unity, Blender, Gimp, etc., mainly free/open source tools. Already working on deforming the mesh of basic low-poly objects for when the grub takes bites, next is making a simple shader for the transition between fruit skin and pulp. (At least I hope it'll be simple, not quite sure how that'll work yet!)

I think I'll base the overall look and feel on my old jam game Carrots and Cream since it has a similar theme and I like that flat, low poly, grainy thing it has going on.

A few pictures from a quick google trawl: 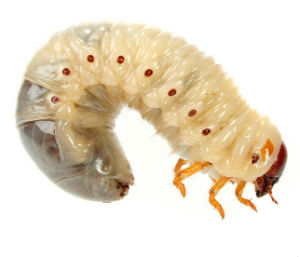 And perhaps some Andy Warhol for the colors (honestly just googled "space fruit" and this came up and seemed cool): 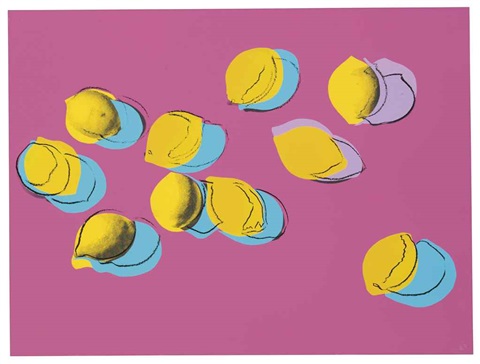 Hope to have first update and screenshots in a day or two.

Youtube has awesome references for everything it seems. Not sure if I'll implement the back rolling though!

Finally had some time to work on the game. Managed to make a fruit eating script!

The mesh is deformed, collider and all, with a rather basic script (It doesn't actually take chunks out of the fruit, it just shrinks vertices towards the middle). A simple shader changes the color of the fruit depending on the distance to the center. I need to figure out something a bit more advanced if I want more irregular shaped fruit-planets.

Next up is modeling the grub and adding controls for moving it around the planets.

Oh, also keeping the project updated on my github page.

Didn't have much time to work on this despite the deadline extension. I have a moving, eating grub, though! Making grub movement work is much harder than I though it'd be, and putting it on a deformable fruit didn't make it much better.

I think I'll stop trying to polish it now, and try to make a little game/experience out of what I have. And add some sounds and stuff.