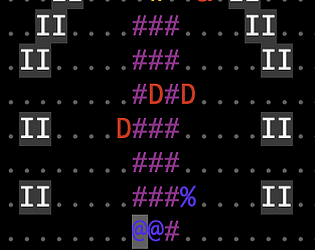 Awesome entry! Bitsized is a good descriptor.  I actually like the small, pre-designed levels. UI is easy on the eyes. Controls are simple. Tactical options are mostly limited to range and spacing which kept me focused on the action.

Thank you for the kind review! I appreciate it. I'm glad you liked the 'bitesized' concept.

Thank you! Congratulations on beating it! That's the highest score I've heard yet :)