Just you and your robot doggo riding out the apocalypse together. Boopin meteors and collecting stars
Submitted by ColorClick — 40 minutes, 26 seconds before the deadline
Add to collection 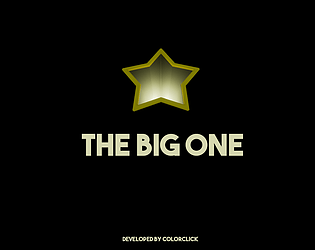 You and your trusty doggo are the last people left on the planet. Its your "job" to keep the meteor from getting to earth using a giant star powered laser beam. Destroy meteors and collect stars to power the laser. Don't forget to spend time with your pup.

Make sure you die, let the meteor fall or get your house destroyed to unveil the true meaning behind my game and its theme.

Play with your pup!

Make sure you keep everything fueled up!

-Stars get stuck in trees. Shake em out!
-Stars power everything. Ammo, your houses shield generator and batteries for the big laser.
-Use rocks, stars and batteries to crush meteors without wasting ammunition (Make it count)
-Stars can be merged together by contact. Carry more at one time.
-You can't be hurt by meteors. Death by falling only.

- Loves star energy! Bullets, stars and batteries.
- He is kinda dumb but he'll follow you around the house
- He hates going outside.

List any content that was created before the jam that was included in the final submission.
-Background music, educational licenses provided by SoundStripe
- SQUAD GOALS - BRYANT LOWRY
- TWISTED TANGO - AVOCADO JUNKIE
- All sound effects from Soundly
- Infinity Blade particle explosion on meteors
- 2 diffuse textures for grass and dirt
- Fonts

All this in 5 days?! Wow! I love art style a lot, and Doggo is my favorite <3 Well done, ColorClick 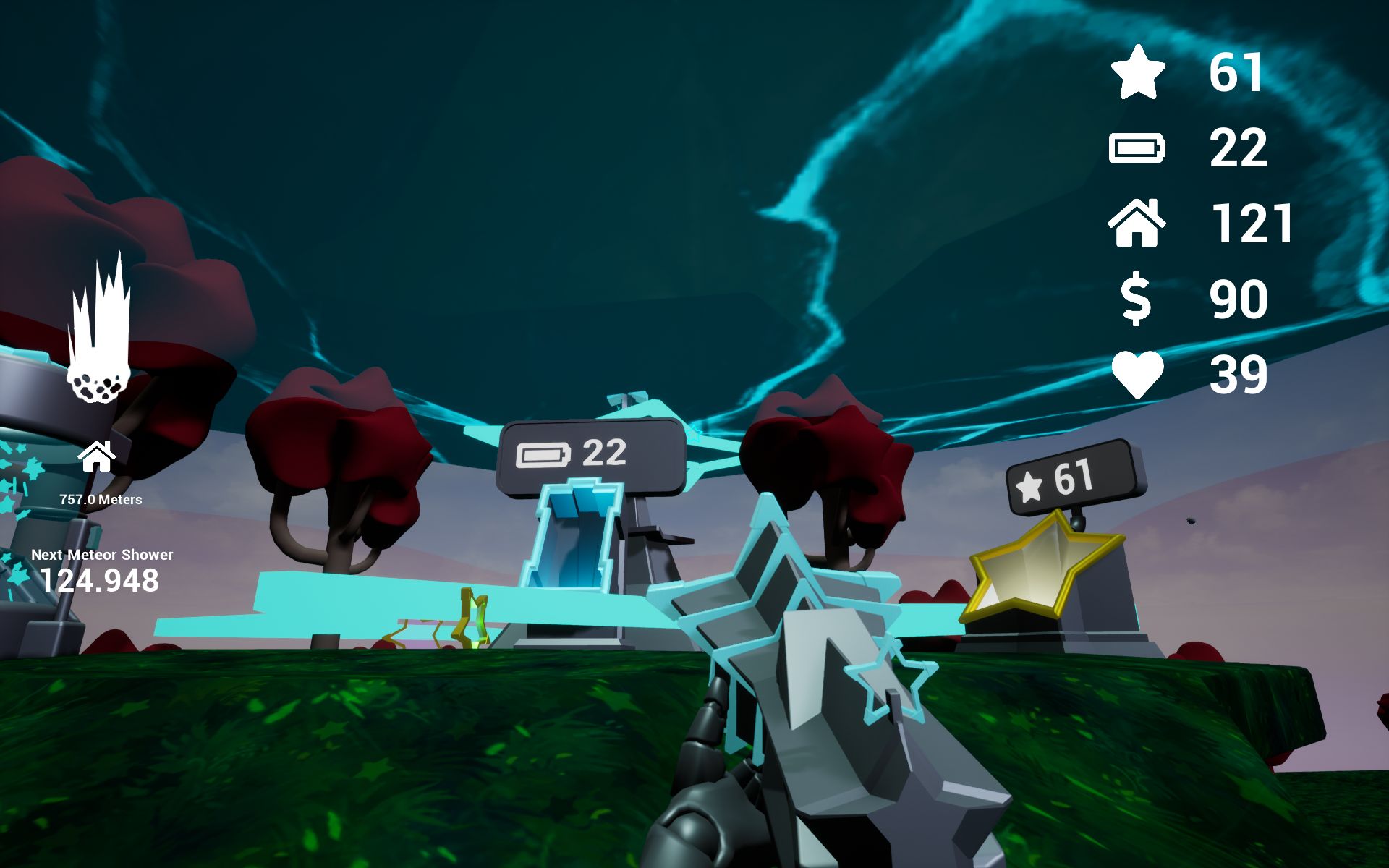 Omg thanks so much for playing and rating! It really means a lot, especially since this is the first game i've actually got to package up as well as my first game jam ever! Thanks again @Alexey