Everybody needs a good slap!™
Submitted by Slappy Inc (@SlappyInc) — 2 hours, 24 minutes before the deadline
Add to collection 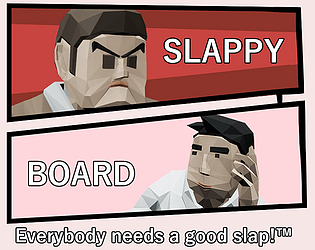 Gameplay Instructions
It's a two player game where one player is in VR (Oculus Rift prefered), and another player on the PC with a controller or at the keyboard.

List any content that was created before the jam that was included in the final submission.
All sound assets coming from soundly