It’s feeling like spring over here, and new games are popping up like flowers from the earth. So come, let us watch games grow and enjoy them. This week’s recommendations have a demo for an upcoming game, the final release of an awesome project that’s been developed forever, and an older project that deserves more attention. Check them out below. 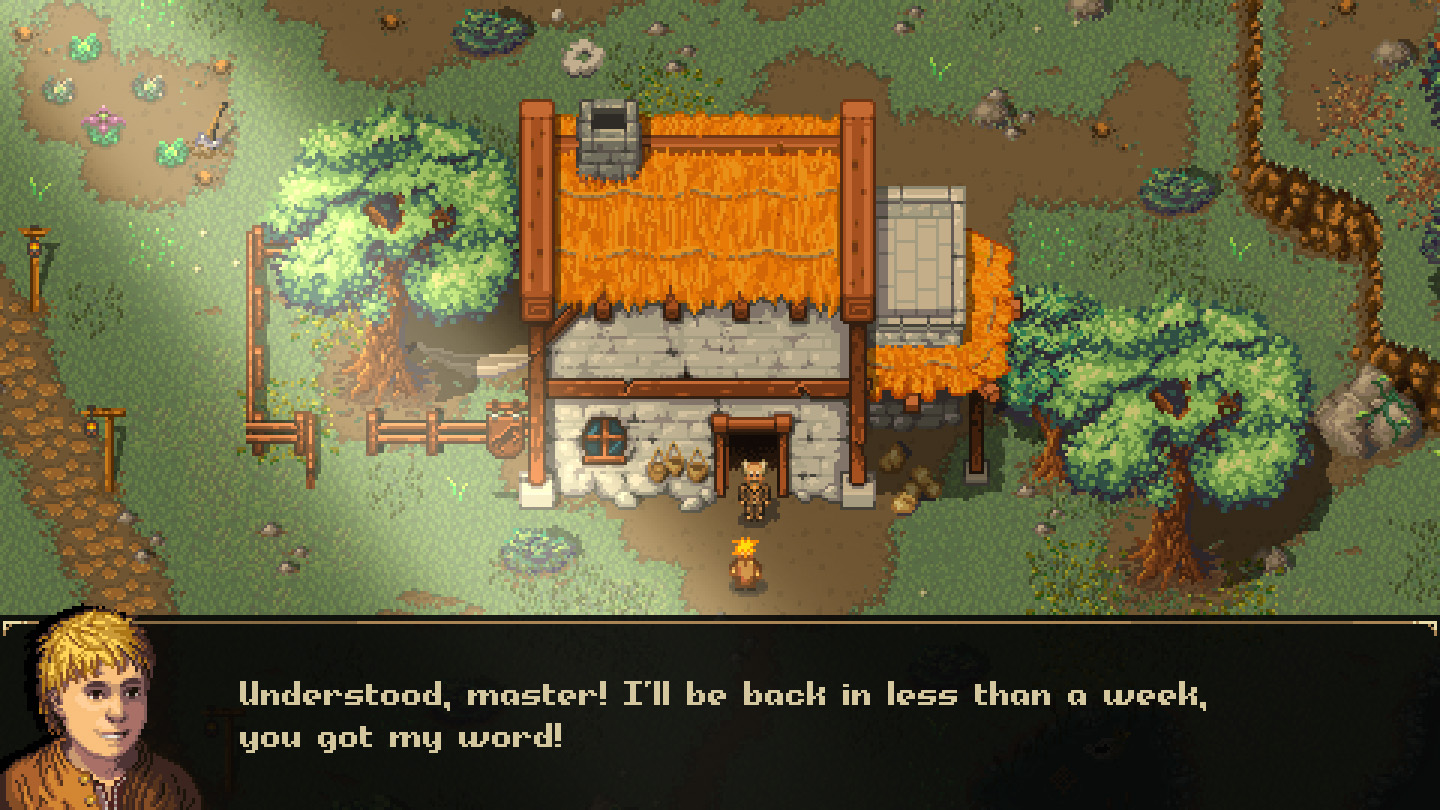 Courier of the Crypts

I feel like I’ve been following Courier of the Crypts forever, but the journey is finally over with the game’s full release. This letter delivering adventure started its life 8 years back, and has been available in early access for years, but the finished version deserves praise. Dropping into the darkness of a procedurally generated dungeon and solving puzzles are the main ways you’ll be exploring the game’s titular crypts, but there are some combat sections thrown in to keep things fresh.

This is all well and good, but one of the most attention-grabbing elements is its stylish pixelwork. The dungeons come alive through this detailed art style and I’m consistently peeking at the edges of the darkness in an attempt to suss out a little more of the world. If you want a new game to fall into, dive into the crypts.

Strip mine (or don’t) your way across an unexplored world in The Sands of Voltark. The world is your oyster in this walking simulator that asks if you’re willing to do your job at the expense of a planet. You can either spoil a beautiful world with your work and face the consequences, or avoid doing your job and face those consequences. It’s a fairly simple premise that works well in practice. If the aesthetics of the game intrigue you, or the core hook seems interesting, give Voltark a chance.

Little Misfortune Demo
Welcome to my game...
Killmonday Games
Adventure
Courier of the Crypts
$9.99
2D puzzle adventure game where you have to survive as a Courier on his first errand to the ominous crypts.
Emberheart Games
Adventure
GIF
The Sands of Voltark
$1
Explore a beautiful alien planet or destroy it, the choice is yours!
colorfiction
Adventure