5 Questions with Porpentine, one of indie's most prolific stars

Porpentine has had a career throughout the lifespan of the modern indie renaissance. Releasing her first games in 2012 she’s been around even longer than itch.io and her name became synonymous with Twine when the tool was young. In the the years since her explosive debut, Porpentine has branched out to incorporate different genres and styles into her work but the core of her projects have maintained the personal and surreal touches that helped her make her name.

Porpentine has just launched the second episode of No World Dreamers: Sticky Zeitgeist and we got the chance to talk to her about her career so far and what’s coming next.

Let’s start with an introduction: Who are you and what do you do?

I’m Porpentine Charity Heartscape and I do everything! My most popular game is probably With Those We Love Alive, I wrote a novella, I was in the 2017 Whitney Biennial, and I do clothes, short stories, stickers, art exhibits, etc.

You recently started an episodic series called No World Dreamers: Sticky Zeitgeist with a team of talented designers. What made you want to work on a serial project and why did you assemble a supergroup to bring it to life?

It’s a big departure from my early stuff, which was short hypertext stories with nameless protagonists. I want to experiment with the effects that are only possible with prolonged narrative and meatier characters. If my early work is short films, this is my TV show, a format where you can subject your audience to even greater pain. And you know what they say in this biz: follow the pain.

The collaboration is 50/50 with Rook, who I’m really grateful to be working with. She does art and music, and I do writing, directing, and code. But it’s not a quarantine, pretty much everything that makes it into each episode comes from going back and forth until we like how it feels.

And there are guest artists! The episodic aspect lets me highlight people who make songs I love. I heard Furfur by Heaven Pegasus awhile back and I spat my cigar out and I said, PUT THAT IN THE MOVIES. There are few things happier to me than enshrining a piece of music. It feels like going on a date with a crush. 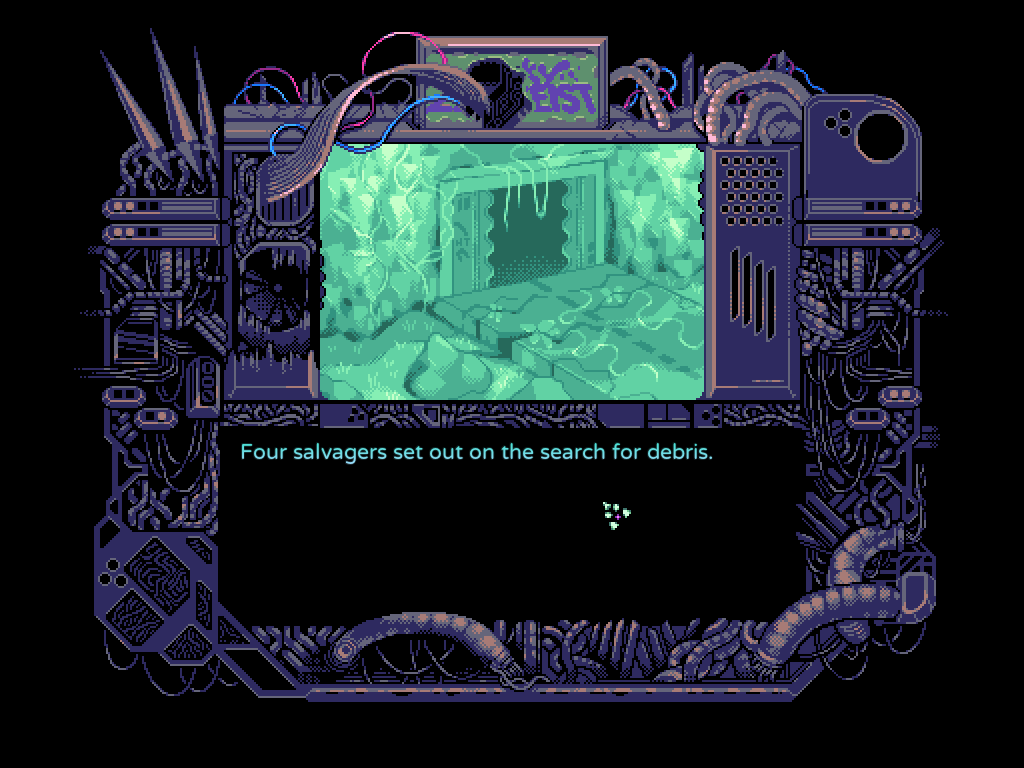 Unlike the rest of your work, Sticky Zeitgeist is episodic. How long will this first season be?

We’re tentatively thinking this season will be 3-4 episodes. We did episode 1 in Twine and the rest will be in Gamemaker, so a lot of the time between was spent building the framework.

I switched to Gamemaker so I can experiment and add new mechanics at will. Episode 2 alone combines top-down rpg, shmup, visual novel, and medical sim. Eventually the viewers at home will be so overwhelmed they won’t be able to tell “game” from “malicious software intrusion”. As they say in showbiz: "That's showbiz!"

Anyways, now that the framework is done, future episodes should arrive faster. But you never know, right? I could fall into a ditch or something.

When playing through your games I always feel like I can see some part of you through the work. What relationship do you want to forge with players and how much of yourself do you put into your art?

The internet is a place where you can get a sanitized version of every weird thing, delivered reliably as an IV drip. So it's nice that people have stuck with me as I switch genres and play around with something new every year. I’m trotting on lily pads of kindness out here.

You’ve been working in indie games for quite a while, do you have any advice for up-and-coming creators?

Dehumanize yourself and face to bloodshed.