Hey again! Thanks for checking out our 2nd digest. As always, If you have any questions or comments about the email visit our thread in the community. 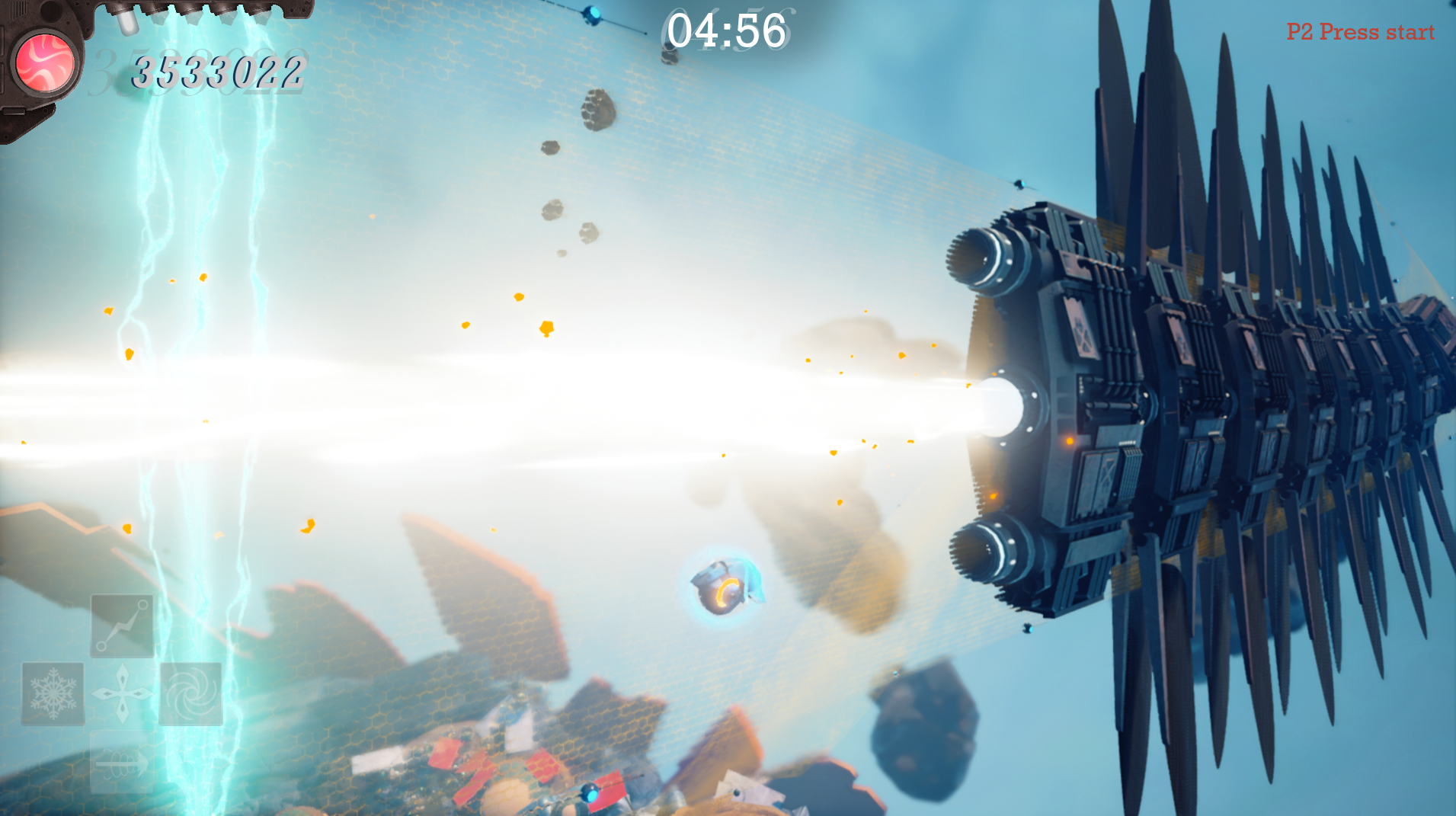 Boiling Bolt is a twin-stick shooter where you dodge and shoot on a 2D plane with beautiful 3D graphics while piloting a ship that contains the mystical Boiling Bolt fragment, and it's launching its closed beta exclusively on itch.io! Persistant Studios are utilizing refinery to do a limited beta leading up to the games launch in December- there's only 250 keys available at first and the price will go up at launch so get it early!

Home Improvisation by The Stork Burnt Down [$9.99, Windows Mac, Linux] 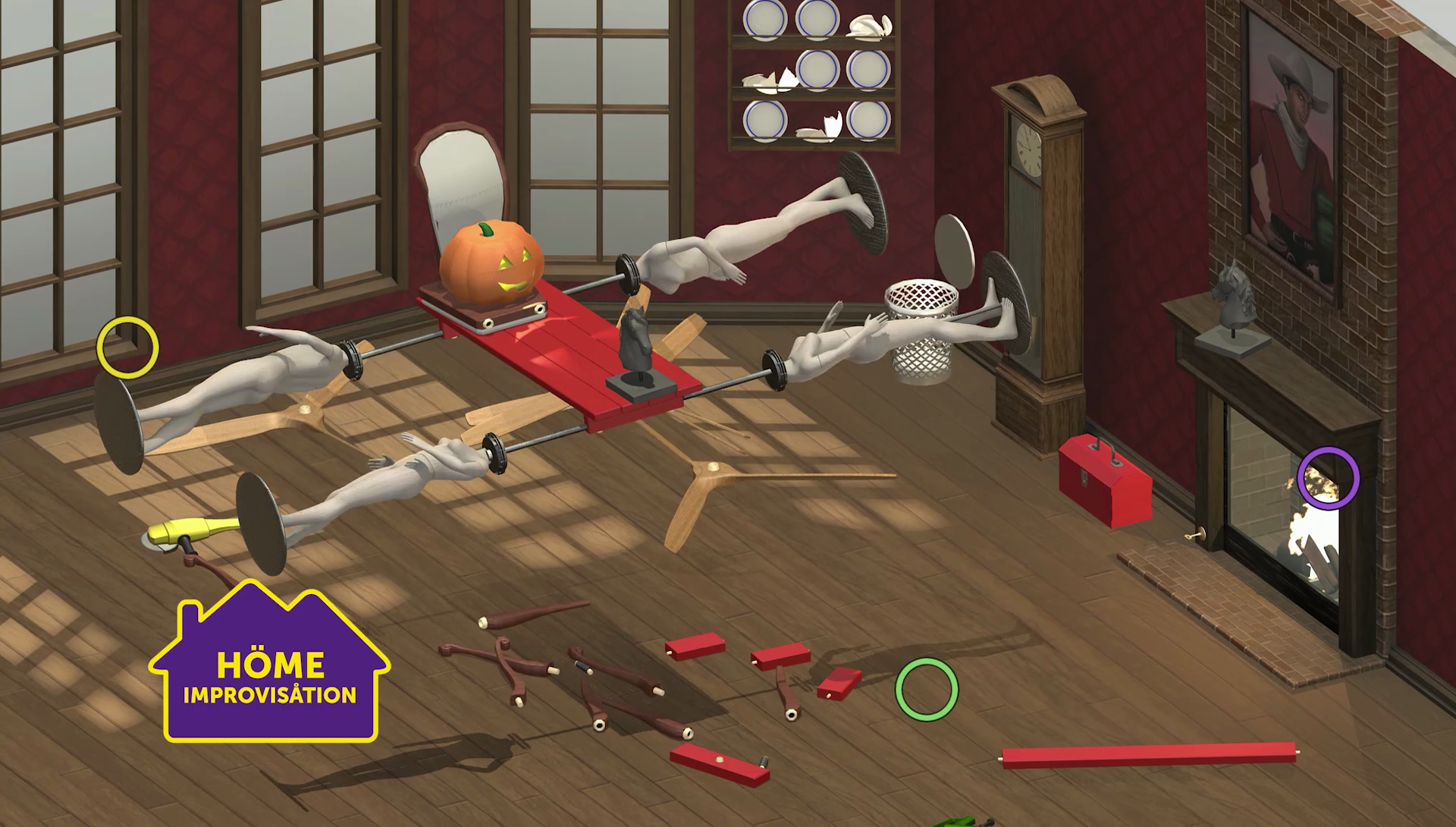 After going from game jam winner to in-development for over a year, Home Improvisation is finally out! If you're not familiar, its a game about building furniture without instructions with your friends and it's pretty wild. It includes online multiplayer, HTC Vive support and a Steam key! 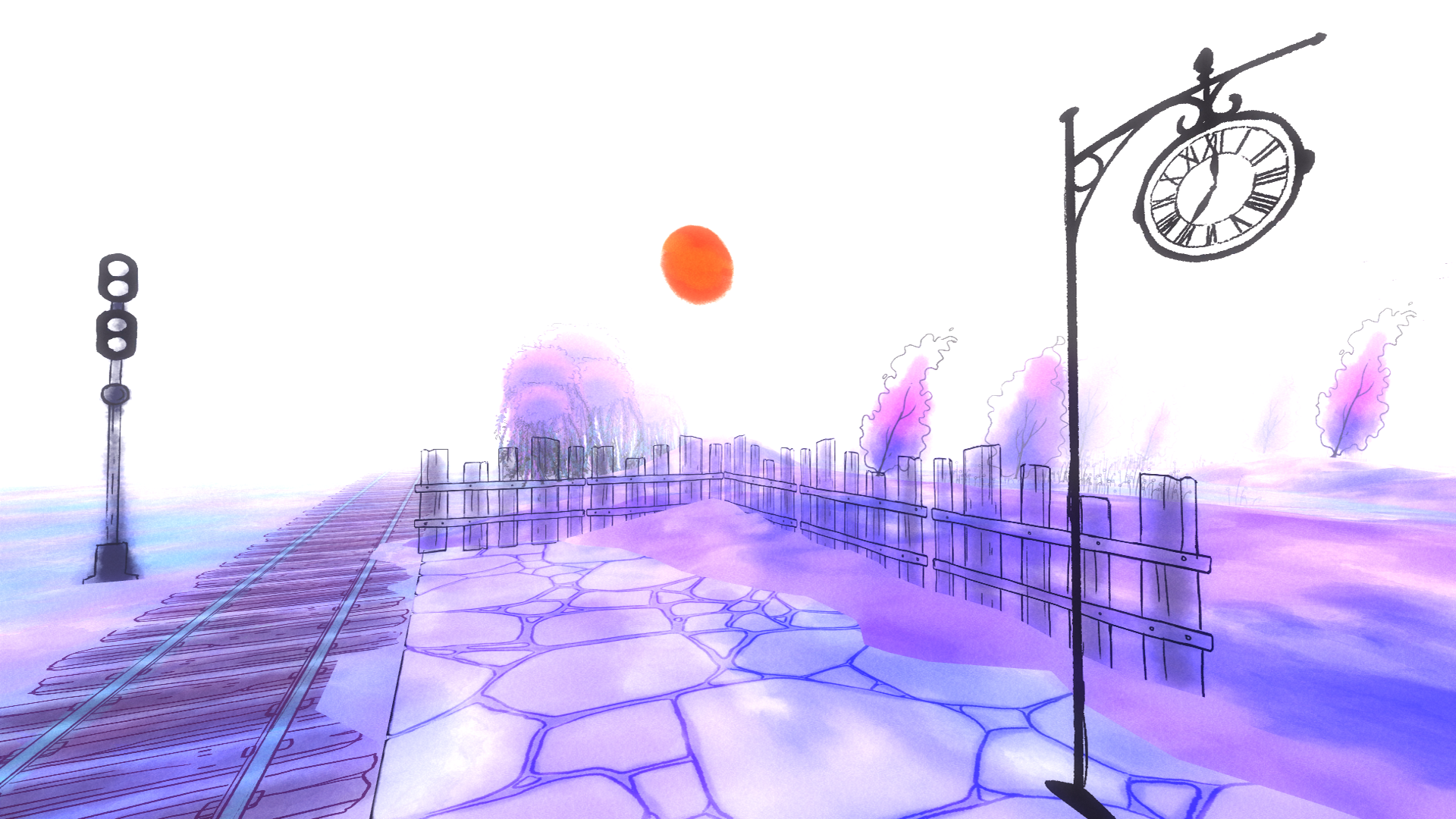 "🌿 Sacramento is a game about capturing fleeting memories before they fade. You'll wander through an ephemeral and uncanny landscape, flashback of moments I gathered on sketchbooks over the years.

Drift aimlessly across time & space, enjoy the quiet while it lasts as life will soon resume its course."

"Play as the mystical Indigo Child and save some souls while wandering through the forest. The game is designed to work with both keyboard and 360 controller. It is a gamejam style experience. If you pay more than $2.99, you get access to the Unity3D source files." 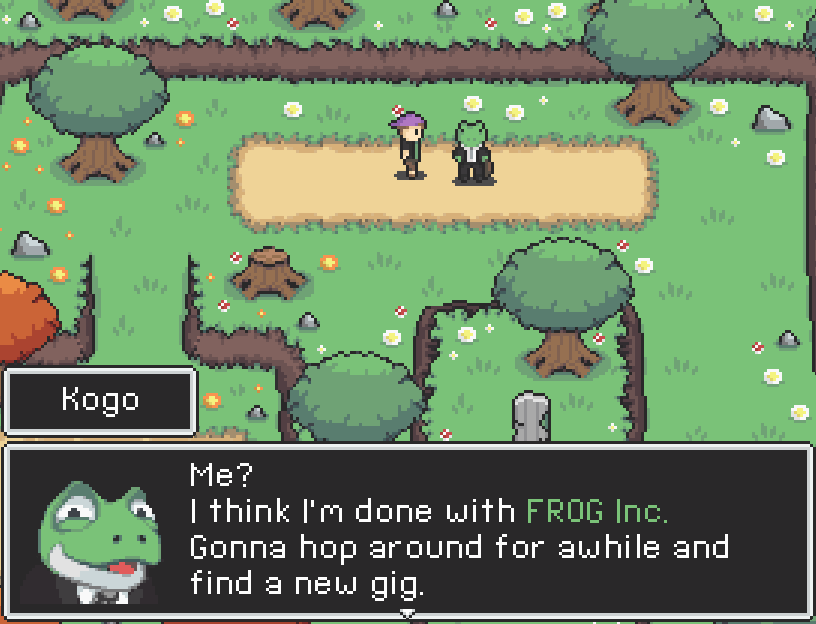 "GLITCHED is a mystery and exploration RPG coming to PC, Mac, and Linux. The game features traditional turn based combat with a little bit of spice but will primarily focus on the story and how you change it. " 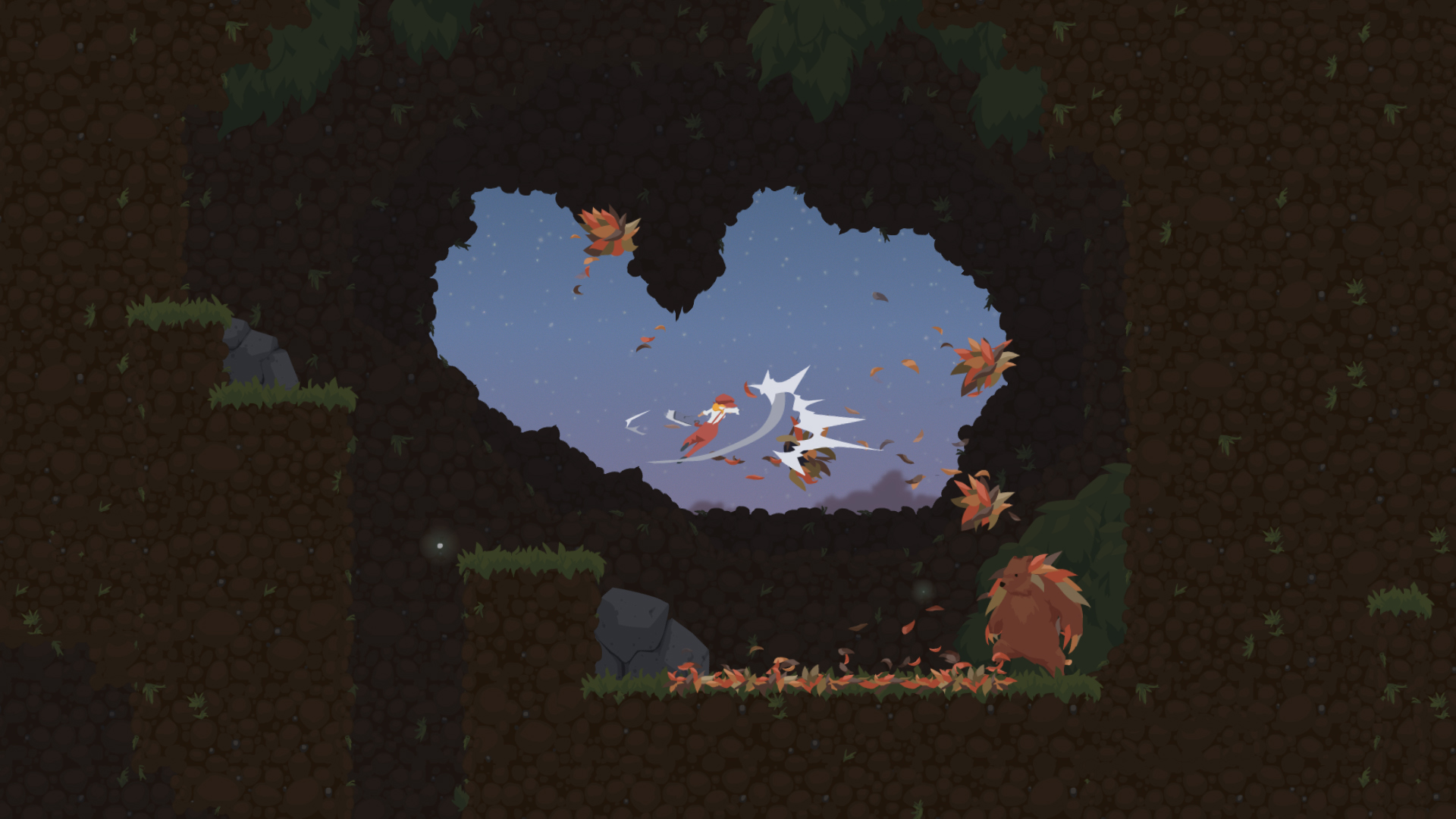 "Clean up the world with style! As an acrobatic janitor, you are an adept force against dust and disorder. Leap and dash off walls and ceilings, and deftly traverse precarious environments. Cleanse each level swiftly and thoroughly to achieve mastery in this 2D sweep-'em-up platformer." 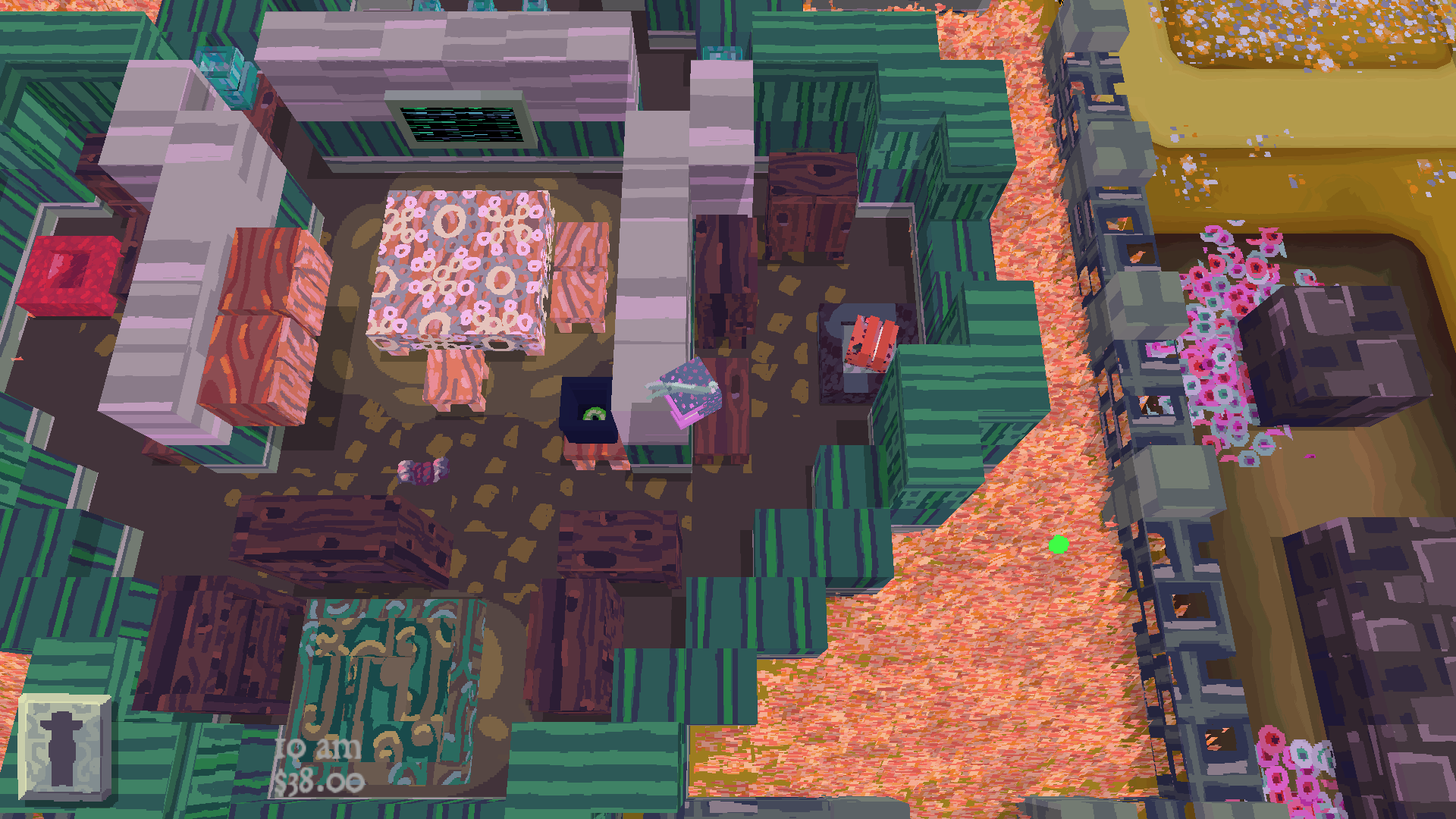 "The Real Texas is an action adventure game that plays like a mashup of Zelda: Link to the Past and Ultima VI.

Sam, an ordinary Texas rancher, is on holiday in England when he steps through a blue portal and into a purgatory dimension, Strange.

"Handsome Mr. Frog, whose hat was jacked by a bunch of no good, less attractive normies, sets out on a new-school arcade adventure through four worlds in order to get his steez back."

Once again, this week brings an updated version of the itch app! Here's some of the new features this week: 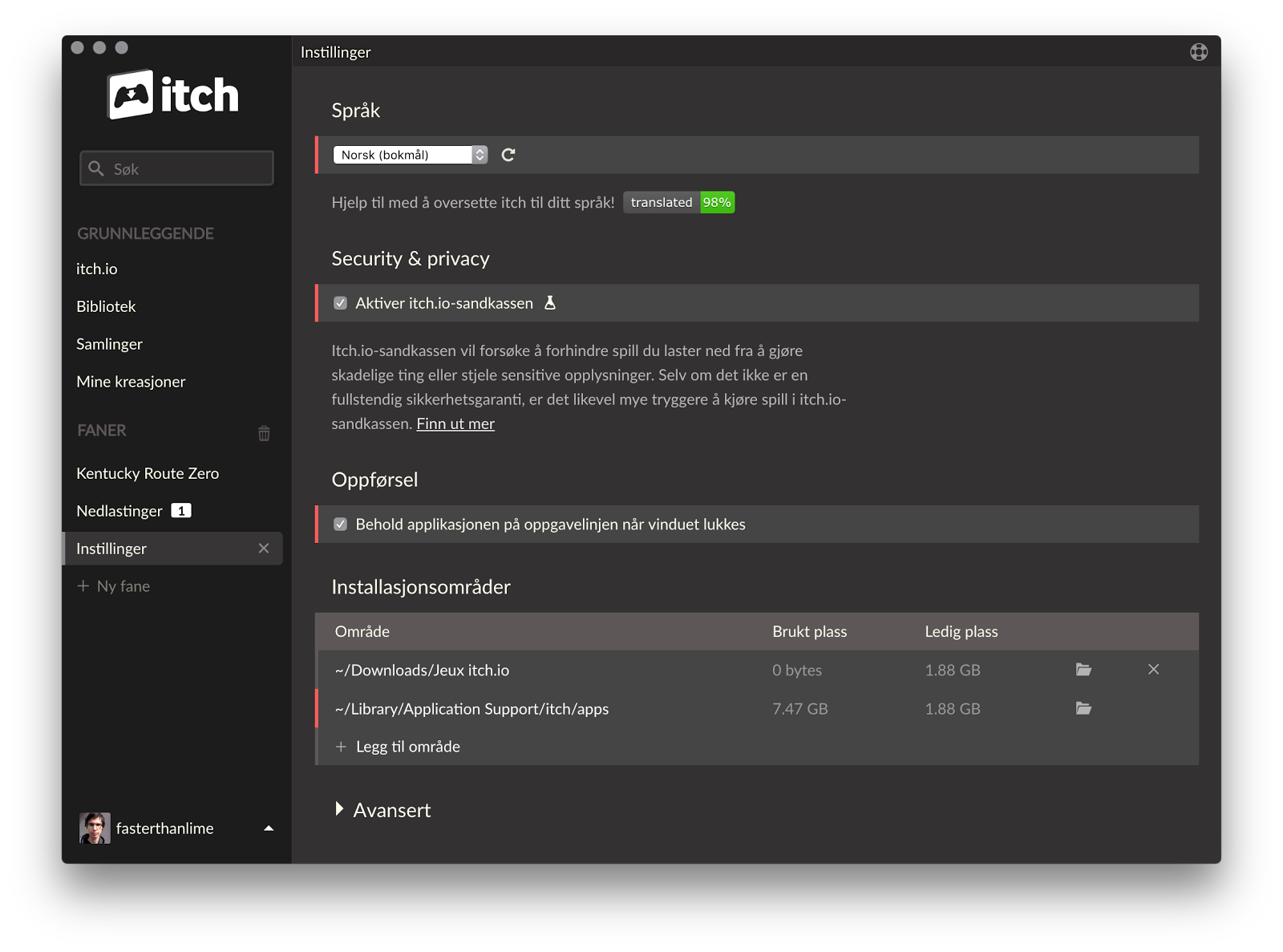 We also soft-launched a new feature: NDA/legal document signing before downloading. This is pretty useful to developers using refinery to beta test their in development games, but want to keep the contents of the test confidential. If you're interested in using this feature, reach out to support@itch.io- we hope to release it publicly soon.

That's all for this one, folks- see you next week!

Home Improvisation: Furniture Sandbox
$9.99
Build beautifully precise or wildly creative furniture with friends!
The Stork Burnt Down
Simulation
GIF
Sacramento
fresh air and flamingos ~
Dziff
Indigo Child
$1.99
Save some souls as the mystical Indigo Child.
Metkis
Adventure
GLITCHED
When the fourth wall is broken, you become a part of the story.
EnHouseStudios
Role Playing
Dustforce
$9.99
Sweep up the world in this acrobatic platformer.
Hitbox Team
The Real Texas
$14.99
"These days, folks have a lot of funny ideas about what makes a Real Cowboy..."
Kitty Lambda Games
Role Playing
GIF
Handsome MR. Frog
$1
The ever-so-handsome Mr. Frog sets out on a good-looking arcade adventure
CowboyColor
Platformer